Tom Cat and the Prowlers, 30 years of Music Experience.

Check out below  for events in your area.

Always Something Going On

When Tom Cat and the Prowlers do a show. We pull out all the stops.!

Lights, Laser lights, and always , Classic "Rock And Roll" with a touch of Blues to set things right for the Night

Sorry folks. This is a private party event

We want to thank Thomas at Rockabilly .  We had a Blast playing for a full house , see ya soon

Come on ot to Rockabilly and enjoy Dancing, Food, Drinks, and great service in one of Tucson's Premier Venues for great music.  Always FREE

Sorry folks this is a private party

The Fantastic food and drinks Chuy's is famous for...

Tom Cat And The Prowlers  will be playing in Benson Arizona for the good folks a SKP  Co-op. Thanks for reaching out to us.  Special thanks ...

Tom Cat And The Prowlers are honored to perform for the Proud Men and Women who have served this great nation at times of war.

YOU WON'T BELIEVE THIS IS  ONLY A THREE PIECE BAND

THE SOUND IS  'AMAZING'

The Story Of Tom cat

Tom Cat started Guitar at the age of 6. His father  was a singer and songwriter and gave me a Rossi Electric Guitar and  Fender Champ Amp.  He went off to find fame and fortune. The amp broke down a few years later and the guitar got put away.

In the 4th grade the school offered music lessons, Violin was the first choice, that lasted about 2 hrs.

The next yearTom followed in his brothers footsteps and tried his hand at trumpet.  Over the next 5 years and 2 schools he won  city wide competitions for his trumpet playing.  In time the allure of singing and guitar would eventually win out.

At the age of 14, Tom picked up the Rossi Guitar again, borrowed a  Marshall amp, and destroyed the neighborhood, things were never the same!

All of this was taking place in my home town of Oakland and By extension San Francisco. As the band the Intruders, I played many of  the clubs and showcases in the 80s and nineties.

It was during that time I became interested in recording and engineering.

I met a man named Thomas Brown, he pulled me into the world of the Band Journey,  and a new band called Merlin. I went on tour with Merlin as a live sound engineer, {sponsored by the William Morris talent agency}  At he end of the tour I landed  in Emeryville California, at the Fantasy Recording Studios. I was the  apprentice assistant to engineer  Dr. Richie Moore we worked on Merlins 1st Album. Unfortunately the album never took off.

It was then I was blessed with an audition with the then broken up Journey Band, or at least a couple of them. The band was called the Storm.  Ross Valley on Bass, Steve Smith on drums, Tim Gorman keys, and yours truly Guitar. It never took off and Journey reformed. It was at this time that I purchased a 'Prototype" Neil Schon Guitar , with Neil Schons personal signature on the head stock. Bought from Thomas Brown.  I still own the Guitar…

I Jammed with the Sam Taylor Band at The Old Chicago Bar, Did open nights at Berkys  started Broken Glass Studios , performed with various musicians and bands throughout Tucson.

Copper Brothel Brewery, Boondocks, Hot Rods in old Vail, The Edge, Club XS, The Stadium Grill, High Five, Famous Sams, private parties and clubs, and to many more to name. And I am just getting started.  I still love to perform Live music as much as I did when I first started on that old Guitar.

Come see what a lifetime of quality music, dedication  and always striving to being the best, sounds like... 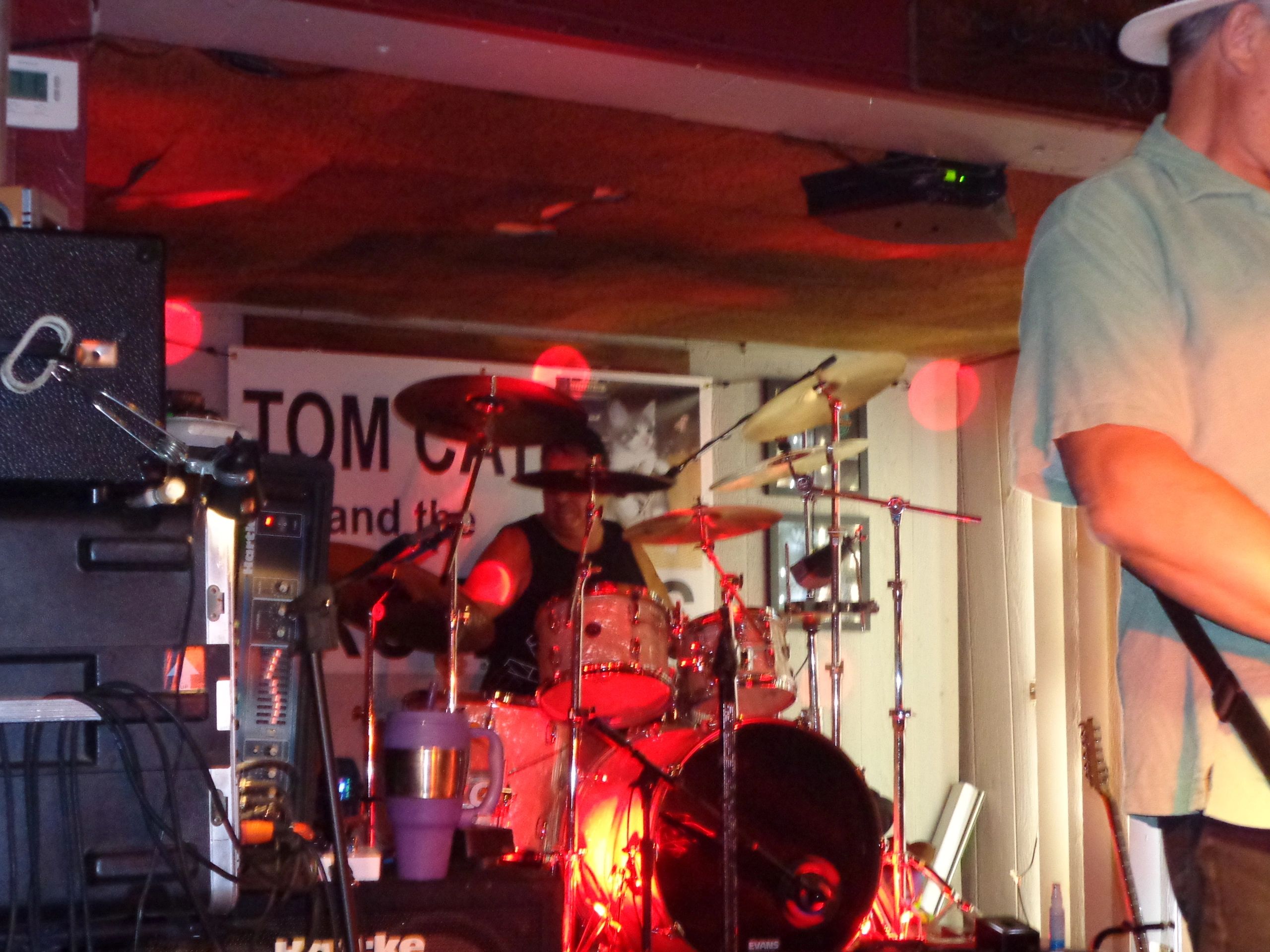 CW was granted a scholarship to the local community college at the age of 16 (while still in high school), where he helped develop the community college jazz ensemble and big bands in the performing arts department. CW also played in garage rock bands around Tucson in the 70’s, and played in the house jazz band at Gentle Bens in Tucson, across from the University of Arizona in the mid ‘70’s.

The bulk of CW’s music career was spent based out of Salt Lake City where he played in various popular rock and country bands. He has shared the stage with bands as opening act for Ratt, Nazareth, LA Guns, Sammy Kershasw, Brody Buster, Pablo Cruise. He has 100’s hours of experience in the recording studio where he was featured in many original compositions; he also worked as a studio musician at a local recording studio in Tucson.

CW spent 4 years on the road during the early ‘80’s with a top 40 rock/country band working in clubs and bars across the southern and western US.

CW’s strong sense of meter and attention to dynamics helps create a groove that is un-mistakenly the backbone of every band he is blessed to perform with.